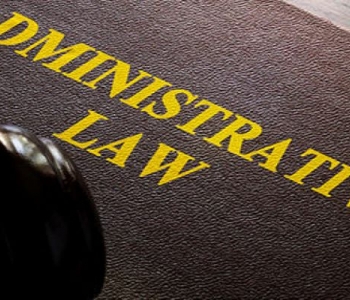 Only an agency head or person specifically designated by the agency head may make a request for the designation of an ALJ.

WHAT IF I REPRESENT MYSELF?

A resource for parties representing themselves before an OAH administrative law judge.

Do you require reasonable accommodations for a disability or language barrier?

What is the Office of Administrative Hearings?

OAH ALJs preside for numerous agencies at state and local levels, in such areas as workers compensation, human services, public utilities, health and safety, commerce, personnel, and financial institutions, resolving often complex issues arising in a dispute between an agency and an individual or business or in an application to an agency seeking specific authority or licensure.

It is the philosophy of the Office of Administrative Hearings to conduct orderly, fair, and impartial hearings for and to issue prompt, reasoned recommended or final decisions to all state agencies and other agencies of government which use OAH services. It is also our philosophy to conduct orderly, fair, and neutral mediation proceedings or informal hearings, and to issue prompt mediation agreements or prompt, reasoned recommended decisions.

Pursuant to an agency request, the director will attempt to designate an ALJ with expertise in the subject matter of the assigned hearing. When an OAH ALJ is required to issue a decision, the decision may be a recommended decision subject to review by the agency head or a final decision.

To resolve administrative disputes through holding fair and impartial hearings and issuing reasoned and timely decisions.